On 26th May 26, 2016, Modi government in the centre completed two years. To celebrate the anniversary and success of its achievements, the government has given huge advertisements and also held many rallies and TV interviews. While the party is confident about their achievements in two years the opposition parties are terming the two years as failure. 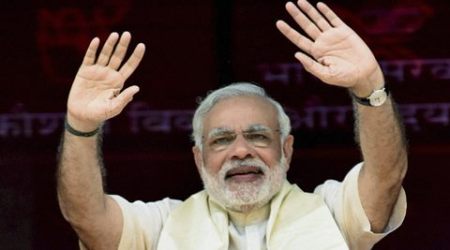 Since the day of swearing in ceremony, the Modi government has been a success in international diplomacy. The advantage of international diplomacy is that, India has succeeded in making a special impact around the globe which has made the rivals like Pakistan and china rattled.  Also this rise has attracted the business towards India.

There are many other achievements of the government which can’t be mentioned easily. Since the BJP government has taken the chairs the anti-nationals have been exposed. The congress party has been completely exposed on how it supported terrorists and anti national elements for its political gain. Now the congress is shrinking down with every election.

There has been no major terror attack in the country, infiltration has decreased, GDP has risen, inflation has decreased and many more. There are many more areas that the government needs to focus. India will be 70% self reliable in defense sector and the encouragement in Research sector will encourage innovations.

India is on the path of development and prosperity, the only thing left is to accelerate the speed without any deviation, the people of India should be more cooperative towards the government and that is the only way towards shining India.