Though Jawaharlal Nehru University (JNU) is not among the top 200, 300, 400 or 1000 educational Institutes in the world but these days JNU is in news all over the world. On February 9, 2016 a bunch of so called students called a cultural event citing “freedom of expression” where they protested against the judicial killing of Afzal guru and Maqbool Bhatt. May be by organizing such cultural events they were showing their culture. 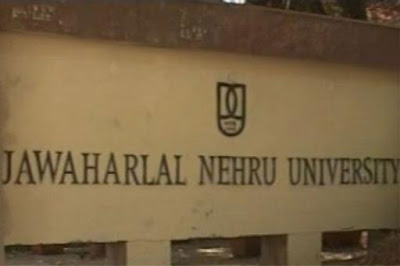 I am not here to give a “hence proved” certificate to anyone for being nationalist or Anti-Nationalist. I am only raising points that people have missed in the crowd and shout.

The incident of JNU is nothing new. Abusing government, calling for Azadi of Kashmir, Kerala, Bengal and Punjab, posting and posting Nude pictures of Hindu god and goddesses, vowing to destroy India and patronizing terrorist is the core subject of JNU. In 2010, when 76 Army men were martyred in Dantewada district due to conflict between Naxals, the students of JNU had a cheer party for it. JNU is known to be a hub of Marxist, communists for long years.

The current student union president is also from Student’s federation of India (SFI) who has majority of supporters in the university. Since the arrest of Kanhaiya kumar the president of JNU students union, a controversy has stirred whether kanhaiya kumar is a victim or a culprit. Few channels have given proofs that he is a victim, while some intellectuals are claiming that he is innocent.

Ravish Kumar, a senior journalist in his prime time talked about how media is giving a trial to prove how kanhaiya kumar was doing Anti-National activity. He further said that it is not good to conclude that kanhaiya kumar and the protestors including Umar Khalid were terrorists, Anti-National or have connections with terrorist organization. Ravish Kumar is right; we cannot say someone a criminal unless the court proves it.

See also  Gateway to UP 2017: Analyzing the Reasons for BJP’s Win in UP Polls

Also senior journalist Rajdeep sardesai on scuffle in Patiala house Court called a Media march against the lawyers who have attacked media. The whole focus from JNU is now shifted to Patiala house Court and why MLA OP Sharma took law into his hand.
Not only that, Barkha dutt known Journalist wrote an open letter to Prime Minister Narendra Modi about the attacks on media and how kanhaiya kumar is innocent. She also asked PM to drop case against all the students who have charged with sedition.

Also some intellectuals are giving some stupid logic that how kanhaiya is innocent. The hypocrisy is that, the secular channels who are talking about to not give a media trial to the JNU protestors forgot that how they hence proved that Narendra Modi was a mass murderer even though the Supreme Court gave him clean chit in 2012. Also these channels came to the conclusion that the burning of two children in Sun Pedgaon,

Haryana was a case of intolerance towards dalits but latter it proved to be a family conspiracy where the dalit victim was accused of killing a rajput. Moreover these secular channels are the one who named Ishrat Jahan a terrorist as “innocent college girl”. Thanks to social media who has glorified these paid media channels. NDTV is not among the top channels from years but it still runs shamelessly. From where the money comes? By running agendas?

The same media channels that have broken heart on issues of Dadri and suicide of Rohith Vemula didn’t even cared to air Malda riots where a mob of muslims attacked minority hindus, burned police stations and destroyed temples. They didn’t care to show how a 14 years old child was burned alive just because he had stolen a watch and when asked about his religion said hindu.

More than any incidents happen, the approach of media, secular intellectuals and Political leaders have created much mess in the country. Before eradicating terrorists, it is important to eradicate intellectual terrorism as they have every single point to prove the innocence of these terrorists which can lead to major unrest in society.

What are the best SEO Keyword Research tools available online?